It all began when...
In 1999, the then director of the Middletown Township Parks and Recreation Department found out that a local company had a program to donate used computers to non profit organizations.  As a government entity, the Township felt they qualified for this program, however their request was denied because that company did not recognize a government entity as a non profit.
So began the research to find out what could be done to change that.

With the approval of the Township Supervisors, MTPRD embarked on a journey to establish the Middletown Community Foundation; a non-profit §501 (c) 3 organization.  That approval was granted by the Internal Revenue Service in July 2000, and MCF was born.

The first board of directors consisted of just 7 people, and represented non-elected members of the community who believed in the mission of improving the quality of life for the people who lived and worked in Middletown Township.  Word of the organization spread through the community and the board was expanded to 11 members, all appointed by the Middletown Township Board of Supervisors.

In 2004, the MCF became an autonomous organization with its own by-laws and ability to appoint its own members.  Shortly thereafter, the board was expanded to 25 members, where it stands at present.

Throughout the past 20 years, the Foundation has funded many programs that meet our mission!  Some of those programs are listed below. Read on, and then check them out... you may be surprised to see programs and initiatives from which you and your friends and family have benefitted!!

Some of the programs you will see listed are one-time grants but we have several programs that we fund on an annual basis including our Community Service Scholarship program, Camp SOAR, the K-9 program, and Recreation Fee Assistance.   To date, our Community Service Scholarship program has provided 175 scholarships to Middletown high school seniors totaling over $180,000.  Camp SOAR has received over $50,000 in the years we’ve been funding a portion of their program.  And, we’ve raised funds to cover the purchase of 4 police K-9 dogs through the Woof-A-Palooza run/walk.

In addition, the Foundation allows residents who are employed by companies that participate in programs that match contributions to designate us for a specific purpose.  For example, one resident received a yearly match from his employer for the fire company for which he volunteered.  Another resident directed her employer’s match to the Township recreation programs. MCF also receives donations by way of a program called AMAZON SMILE, where a portion of every dollar you spend on everyday purchases with Amazon can go directly to the foundation! These are the types of simple things to which MCF is linked that have a quiet but profound effect on your community!

The foundation is still going strong in it's 20th year, and it's members are working hard to fulfill the hope of not only continuing with, but GROWING and EXPANDING, their VISION and their MISSION to improve the quality of life for people like you who are proud to call Middletown Township home! 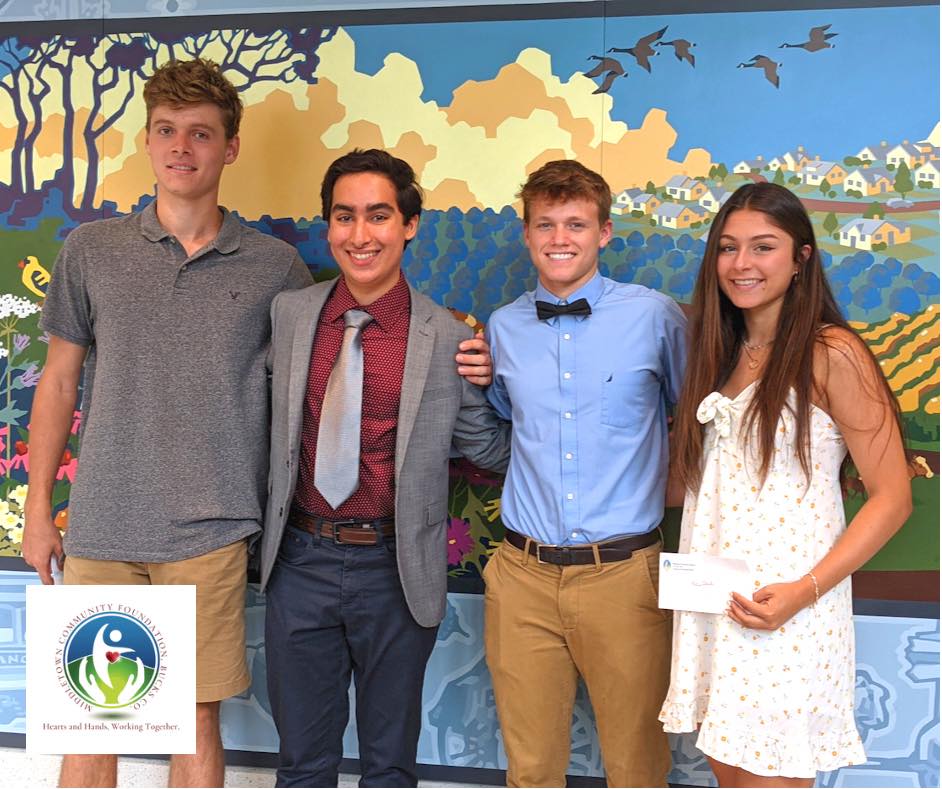 Recreation Programs
Arts Weekend
Earth Day
Family Movie Nights
Holiday Open House
Middletown Athletic Association Babe Ruth tournament sponsorship
Middletown sports associations registration fee assistance
Recreation Fee Assistance
YMCA Skate Board Camp
DONATE
Donations to any of our programs are gratefully accepted. Along with checking, the Middletown Community Foundation has a secure credit card account, as well as PayPal and Venmo. Use any one of these for your donations to our programs.
​Please go to our Donations Page for online links and other information.
​
​
MAKE A DONATION TODAY!